Many awesome young adult books have been published recently and the Kenton County Public Library has a lot to offer.   Here are a some popular picks:

If you haven’t read Eleanor & Park yet by Rowell, you should.  It’s the story of two star-crossed misfits; smart enough to know that first love almost never lasts, but brave and desperate enough to try.

The third book in the Divergent series; comes out on October 22nd.  What if your whole world was a lie?  What if a single revelation changed everything?  What if love and loyalty made you do things you never expected?  This explosive conclusion of the Divergent trilogy reveals secrets of the dystopian world.

The story that began with Unwind continues.  Connor and Lev are on the run after the destruction of the Graveyard, the last safe haven for AWOL Unwinds.  They’re not just running away from something; this time, they’re running toward answers to bring down unwinding forever.  Out October 15th.

In the Age of Love and Chocolate by Gabrielle Zevin

All These Things I’ve Done, the first novel in the Birthright series, introduced us to timeless heroine Anya Balanchine, a plucky sixteen year old with the heart of a girl and the responsibilities of a grown woman. Now eighteen, life has been more bitter than sweet for Anya. This is the story of growing up and learning what love really is.

The Fallout by S.A. Bodeen

The sequel to The Compound will keep you on the edge of your seat.  Eli and his family lived in an underground shelter they called the Compound for six years. They thought they were the only survivors of a nuclear attack, but when Eli learned that it was all a twisted experiment orchestrated by his tech-visionary father, he broke the family out.  Now, the family must readjust to life in the real world. Their ordeal has made them so famous, they must stay in hiding—everyone wants a piece of them.

In this gripping sequel to Adaptation Reese and David are not normal teens–not since they were adapted with alien DNA by the Imria, an extraterrestrial race that has been secretly visiting Earth for decades. Now everyone is trying to get to them: the government, the Imria, and a mysterious corporation that would do anything for the upper hand against the aliens.

All the Truth That’s In Me by Julie Berry

This startlingly original novel will shock and disturb you.  Four years ago, Judith and her best friend disappeared from their small town of Roswell Station. Two years ago, only Judith returned, permanently mutilated, reviled and ignored by those who were once her friends and family.  Unable to speak, Judith lives like a ghost in her own home, silently pouring out her thoughts to the boy who’s owned her heart as long as she can remember.  But when Roswell Station is attacked, long-buried secrets come to light, and Judith is forced to choose: continue to live in silence, or recover her voice, even if it means changing her world, and the lives around her, forever.

Maggie knows something’s off about Val, her mom’s new husband. Val is from Oldworld, where they still use magic, and he won’t have any tech in his office-shed behind the house. But—more importantly—what are the huge, horrible, jagged, jumpy shadows following him around? Magic is illegal in Newworld, which is all about science. The magic-carrying gene was disabled two generations ago, back when Maggie’s great-grandmother was a notable magician. But that was a long time ago.

Josiah Wedgewood and Marcus Perry are on their way to an uncertain future. Their whole lives are ahead of them, yet at the same time, death’s whisper is everywhere. One white, one black, these young men have nothing in common and everything in common as they approach an experience that will change them forever.  It’s May 1944. World War II is ramping up, and so are these young recruits, ready and eager.

Heads will roll!  Paris, France: a city of fashion, chocolate croissants, and cute boys. Colette Iselin is thrilled be there for the first time, on her spring break class trip.  But a series of gruesome murders are taking place around the city, putting everyone on edge. And as she tours the sights, Colette keeps seeing a strange vision: a pale woman in a ball gown and powdered wig, who looks like Marie Antoinette.

Hideous Love:  The Story of the Girl Who Wrote Frankenstein by Stephanie Hemphill

An all-consuming love affair with famed poet Percy Bysshe Shelley, a family torn apart by scandal, a young author on the brink of greatness: Hideous Love is the story of the mastermind behind one of the most iconic figures in all of literature, a monster constructed out of dead bodies and brought to life by the tragic Dr. Frankenstein.  This luminous verse novel reveals how Mary Shelley became one of the most celebrated authors in history.

The Pretenders by Lisi Harrison

Three girls, two guys, five secret journals.  The five most popular students at Noble High have secrets to hide; secrets they wrote down in their journals. Now one of their own exposes the private entries…

A mysterious 17 year-old named River rents Violets guest house and she falls madly in love with him.  Buy creepy events begin to happen with his arrival and Violet wonders if he might be evil.

Check out these titles and more from the Kenton County Public Library Teen Spaces.

I have had my Kenton County Public Library card for as long as I can remember.  I’d like to think that I got it as soon as I could write my name, which is when I encourage my kids to get their own cards.  My library card has probably been used more than any card in my wallet, and has most definitely saved our family more money than any card in my wallet.  It’s not just about taking books out from the library for myself either…my library card has done so much more for my whole family.  It’s a key to learning, entertainment, self-help, running my household and more.  I spend a lot of time at my local library, the Covington Branch of the Kenton County Public Library, and use my card frequently to help my family grow and learn and enjoy life.

Here are just a few of the ways my library card has improved our lives or helped me save money: 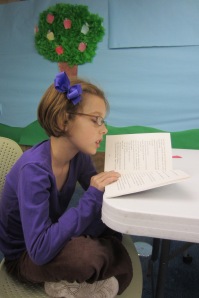 So these are just a few examples of how my library card saves me time, money and sanity.  Aside from all these wonderful ways I utilize my library card, I also like just hanging out at the Covington Library, it’s a peaceful haven for my family to spend time reading, playing games, chatting with people or going to one of the awesome programs they have going on.  You can read more reasons for my love for the Children’s Department at the Covington Library in this Little Things Blog post.  So there you have it.  I adore my library and couldn’t imagine what our life would be like without a library card in my wallet.

Why do you love your library card?

Katie S. is an avid reader and constant visitor to the Kenton County Public Library.  She is a former preschool teacher with a Master’s Degree in Education with a focus on Language and a mother of four young children who were read to from the time they were born and are being raised to appreciate good literature.  Katie spends her time helping at her children’s schools, avoiding housework, creating note cards for her “Cards by Katie” Etsy Shop and blogging at The Little Things Blog and Family Friendly Cincinnati. 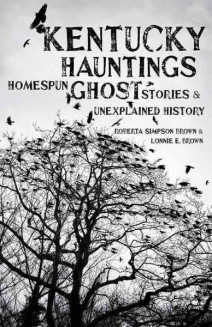 Looking to read about ghosts, spirits, phantoms, or unexplained phenomena? Want to read a spooky story about Kentucky or one that originates in your own back yard? Do you think your house may be haunted and want to research its history? Look no further than the Kenton County Public Library. We have numerous local history books and resources filled with haunting tales, ghost stories, and documented unexplained experiences that will give you a good fright just in time for Halloween.

If you’re thirsting for spooky tales from Kentucky, sink your teeth into Ghosts Across Kentucky by William Lynwood Montell or Ghosts, Spirits, and Angels True Tales from Kentucky and Beyond by Thomas Lee Freese. If you have regional supernatural interests, try Haunted Louisville: History and Hauntings from the Derby City by Robert W. Parker or Appalachian Ghost Stories Tales from Bloody Breathitt by Jerry Deaton.

For local hauntings, dare to turn the pages of Cincinnati Ghosts and other Tristate Haunts by Karen Laven, or The Cincinnati Haunted Handbook and Haunted Cincinnati and Southwest Ohio by Jeff Morris and Michael A. Morris. Or, if you don’t find the truth stranger than fiction, A Vampire in Covington by Tim Kelly is a new addition to our Kentucky Fiction collection that incorporates many famous people and locations from Cincinnati and Northern Kentucky.

The true story of Pearl Bryan’s murder in Fort Thomas has captivated Northern Kentuckians for over a century, inspiring countless ghost stories and legends. Learn more about the macabre case in The Pearl Bryan Murder Story by Anthony W. Kuhnheim and The Perils of Pearl Bryan Betrayal and Murder in the Midwest in 1896 by James L. McDonald . You can also read online newspaper accounts from the investigation and trial in the Cincinnati Enquirer – Historical 1841-1922 Database.  What hair-raising stories have you been told about what happened to Ms. Bryan’s head? Leave us a reply and let us know!

Do you hear bumps in the night? Here are a few basic steps for researching a potentially haunted house. Obtain a copy of the deed from your local courthouse.  (This will tell you who has owned the house and more details on when it was built.) Visit the Kenton County Public Library and start researching! Use our city directories and find out more on the families who lived there. To find more information on the previous owners and the home search the Northern Kentucky Newspaper Index, geNKY and our online map collection. For more information on how to research your home take a look at our guide History at Home: Resources for Documenting Historic Houses, Structures and Neighborhoods. Remember to document all your sources and keep organized records. Do you have any unsettling stories about your home?

In the back row: Mark Kluemper (16), Tyrone Rice (21), and in the front row: Lori Young (12), Mary Bales (18), Greg Washington (17) rehearsing for haunted house sponsored by Covington-Kenton County Jaycees on October 15, 1975. This photograph was found in our Faces and Places Database.

Once you’ve had your fill of eerie tales, you might try researching a few of your own. If you fancy yourself a ghost hunter and want to learn more about people and places from the past, the library has many resources for you to investigate. The Local History and Genealogy Department’s Faces and Places Photograph Database contains many spooky images. Take a minute to search for yourself or your family members. You may be surprised by who haunts the database.

Do you have any ghost stories about local places or Kentucky? Leave us a comment and let us know what spooky stories we have in our own backyard!

This blog post was written by Cierra Earl from the Local History and Genealogy Department in Covington.